One day in Xico – Pueblo Magico of Veracruz

The name is actually Xicochimalco,  home of the prehispanic civilization of the Totonacas. Xico is nestled among the hills of the Eastern Sierra Madre with an altitude of 1270 mt (about 3700ft), with an extension of about 42 km2, and with a population of 33.000 souls.

I only went for half a day visit and I regretted not staying a little longer, but hey, I made the most of it anyway. From Xalapa, where I was staying, it’s just 30 minutes drive, actually a beautiful drive among the lush vegetation of the countryside.

How to get to Xico from Xalapa

From Parque Revolucion, you have buses every 10/15 minutes, on weekend are a little less frequent but there is still a good service.

Xico has been named by the Secretary of Tourism of Veracruz, the “Jewel of Veracruz” for looking after the conservation of its cultural heritage and its natural resources and for its consciousness on sustainable development.

There is something magic among this quircky little town, be it the kindness of the people, the hilly paved roads, or the bright colored houses, the lush vegetation surrounding it. Xico is located in one of the Zonas cafeteras, the regions where coffe’ is grown one of the prides of  Veracruz .

Why did I jump on a taxi? it’s not really me…

I was walking by the main square in the heart of the town, where everything takes place. Families gathering in the children playgroud, food vendors, people chatting. the life in the “pueblo” was going on as usual. I understood that they are not receiving a lot of forigner visitors as they looked me like I was the new kid on the block. I asked directions to reach  the waterfall and while people would explain me where to go they were also showing concern about my safety and suggested me to take a taxi as “there had been assaults in the past”. They didn’t mention how far back that past was, but after the third person telling me the same thing, and considering that I was already walking for a while and still there was no sign of any waterfall whatsoever, I decided to  take a taxi. At the end I was happy with it because it was quite far and I didn’t have that much time, but on the way there I realized how safe it was and how many people were going there so I wouldn’t have been alone, as it was a Sunday as well. The taxi driver turned out to be a blessing and you will find out why in a few paragraph.

The driver took me to the waterfall situated just on the way out of Xico  a couple of miles from the center and waited for me. Only when I arrived there I realized I could have stayed the entire day. From the top terrace you could walk down to the bottom of the fall through a very well marked path. On the terrace you will find local guides that for a tip would take you there. I don’t really think you need a guide but it is nice to support the locals, beside they would share with you precious secrets that only they could possibly know. Unfortunately I was running out of time and the thought that the taxi driver was waiting for me made me a little anxious. Therefore I just walked throught the bridge and took some shots from other perspectives and left.

You should know that you also have a choice to dine in one of the restaurants available in the jungle, right there, overlooking the cascade! Isn’t it awesome? they also have cabañas if you wish to sleep there, but I didn’t check them so I am not sure what they look like.

A comfortable and pretty place  that I have visited right afterward, and thank to my super efficient taxti dirver is Hacienda San bartolo, just a few 100 of meters away from the Waterfall. I spotted it from the road and as soon as I asked the driver about it, he immediatly suggested me that I should see it and we stopped.

He was right. That place is just something else. I will talk about it in a different post.

Oh, but you were waiting to know why I was so fortunate to find this taxi driver. Well, he would initially charge me 60 pesos (2.5usd) to take me to the waterfall and return. However, after having waited patiently for my unexpectedly longer visit,  then he would share with me information about his town, describing their traditions and he would stop at the organic coffee’ stand so that I could try it. When I showed interest in the Hotel San Bartolo he would offer to enter so that I could go in and check it out ( and he was waiting for me). When I told him I wanted to pay him more for his time he said that it was up to me. So I gave him 100 mxn, it’s not a lot for all his time but if you think it is almost double the price, it felt right.

After the hotel visit we drove to this peaceful, tied, paved road that I would have rather walk then drive while watching the colorful houses with flowery terraces and windows, if not that I was already off schedule and a little in a rush.  The taxi driver nicely let me get out for a moment and get this shot here below! The horse is covering the graffiti representing the old Xico but I thought that the image of the horse and father and son (I would think) would have been much more interesting than the wall. The clouds were playing in my favor. I love clouds on my photos 🙂

He then took me to the main plaza where I walked around Xico for a bit, taking some shots of the road and up to the Cristo Rey Chapel and back to the square where I tried some local street food and exercized my approach style to ask for taking a picture. this below was the result 🙂

Photographing people is always a tricky one for me. I am embarrassed to ask and I feel bad to take a shot without doing it. I feel like I am stealing something. Therefore I don’t do it very often. This time I was in a very exciting mood as I was having an amazing day in Xico seeing so many things and meeting such nice individuals. Therefore I just asked these guys spontaneously. The one who was having his shoes cleaned didn’t say anything but he didn’t even have a happy face 😂😂 while all the others were ok to be photographed but delegated the final approval to the only one who was working, who eventually accepted it.

I would have loved to stay longer but left towards Coatepec, another Pueblo Magico. But that’s for another article. 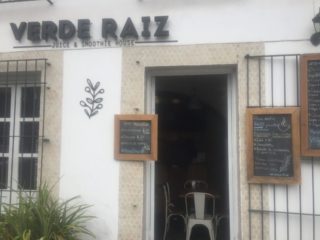 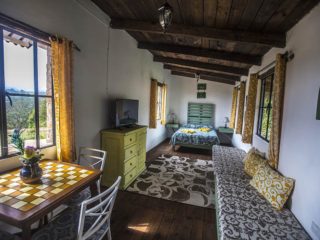 Great tale. It Is great that you don't así for discounts like a lot of turista. They hey usted yo find everything cheap in México and when It Is a bit More, they complain instead of understanding the Time, effort and art of some things. Lovely the respect for people to take a pic

Hello Alx, I am glad you liked it. Xico is a very cute little town, really worth a visit. I never liked to bargain, because I respect people's job, time, and efforts. If I can't afford something I just don't buy it. But on the contrary, I do negotiate when I believe they are taking advantage of tourists and charging more than they should. This guy was a really honest man, so I was happy to give him more for his time and work. :) If you want to read more tales like this you can check on the blog section or subscribe to my newsletter to receive more story updates. ;) Stay safe!