The real origin of Panama hat

You will be surprised to know that the downright legendary Panama hat doesn’t actually originate in Panama. So why is it called Panama hat then? There are good reasons for that. And that’s what I will be explaining in this article. But you must know that the real origin of Panama hat is found in Ecuador. Read on if you want to know the amazing story of the Panama hats and how the finest Montecristi Panama Hats is created.

The trendy and elegant hats worn by all the celebrities and politicians of all times and any style-conscious human being on earth should actually be called Ecuador hat or toquilla straw hat, but let’s see where the Panama hat actually comes from originally, which part of Ecuador and what material is made of.

INTERESTING FACT ABOUT THE PANAMA HAT – The art of weaving the traditional Ecuadorian toquilla hat was added to the UNESCO Intangible Cultural Heritage Lists on December 5th, 2012

The origin of Panama Hats: History

If you have read something about the origin of the Panama hat you might know already that it comes from the Coastal region of Manabi in Ecuador, where the Toquilla palm is cultivated.

FUN FACTS ABOUT THE TOQUILLA PALM:

Back to the story.

What you might not know, though, is that these kinds of hats have been seen in the prehispanic community of the Andes, as it appears in the small figures in cultures such as Manteñas, Jama Coaque, Bahia, Jama-Quevedo wearing an approximate version of the modern hats. If they only knew they had been the precursors of such fashionable work of art!

The history of these straw hats, though, starts with the colony times in Jipijapa village (hence the name) in the Manabi province on the coast of Ecuador, where at the arrival of the Spanish conquerors, these kinds of hats were already been used and hand made by the local communities. Eventually, with the increase of the local demand, it formally became a great source of economic, cultural, and social development of the region.

The hats were mainly used by field workers for their practical characteristics of being robust and lightweight and great protection from the sun.

In the 1800 the hat produced in Jipijapa and Montecristi started to be exported to the nearby countries of Peru, Colombia and Chile.

However, the big turnaround was when the hat was exported to Panama, a huge hub for many travelers especially those coming from the east coast of the US going to the west, even more, when the California Gold Rush started..

Here below a summary of main causes of demand growth for the Panama Hat:

How the Panama hats are made

The process to make the authentic Panama Hat is long and laborious and starts from the cultivation of the toquillales, the toquilla palms. They harvest the stems before separating the fiber, called cogollos (the unopened, central leaf spikes), from the green outer skin.

These parts of the plants must be boiled in order to remove the chlorophyll and then dried before being bleached with sulfur over a wood fire.

The bleaching process is done twice and then the raw material is left for the night to dry under the moon light.

The following day it will be dry and ready for the leaves to be split into small threads by hand simply using the nails.

Then professional weavers, that have been passing this art from generation to generation, will take this raw material and begin weaving the crown.

It has become a cultural matter, an heritage of the Ecuadorian tradition that unifies generations and the people from the southern and coastal region.

Weaving is an art, an extremely complex and laborious art, that implies a lot of physical efforts and precision. It’s mainly performed by women and kids, sometimes men. However, according to Brant Black, the best weaver of all times is a man, Simon Espinal, now transmitting his skills over to his son.

It’s long and hard work, especially because of the uncomfortable position on top of a wooden tripod that artisans take while weaving, leaning on a piece of the wood while pressing the straws.

But weaving is only part of a more complex process that implies other activities including the washing of the raw hat in a special liquid to take out any kinds of stains, ironing with a hot carbon press, and beating it before giving it the wanted shape (this process of shaping is called blocking). Ultimately there are the finishing touches, such as adding the internal and external ribbon and ultimately putting the hat in a hot mold and press again. And there you have your “Panama hat” well finished.

The finest is the hat, the longer is the preparation. If you see a Panama hat that costs thousands of dollars, do not be surprised because it means that the artist took a whole year to make it. In this case, the delicate process starts from the selection of the straws, which have to be of special quality that only the fine eye of a master weaver can see.

Obviously, there are regular hats, still of very good quality and made in few days for an affordable price.

I suggest you watch the video that I have included in the post to see the whole process from start to finish.

The Manabi region, and especially the town of Montecristi and Jipijapa (pronounced hee-pee-ha-pa) become the masters of the traditional weaving techniques and with time they made a name for themselves as the producer of the finest and better quality woven hats.

Up to these days, the Montecristi Panama Hats are considered the finest, most authentic Panama hats.

Oddly enough, although it is a fact that the Montecristi hat is the most prestigious one, is not the most widely sold.

In 1845, Don Bartolome Serrano brought the hat business to Cuenca. He traveled to the coast bought material and hired the best artisans and brought them to Cuenca. In no time he made Cuenca one of the biggest Toquilla straw hats producers.

Nowadays Cuenca maintain the title as the main exporter of the Serrano hat.

Brent, from Brent Black Panama hats, whose site has now become my bible on everything Panama hats, explains that there is a sort of issue with Cuenca producers. On one hand, they are selling Serrano hats as the original one, something which many competitors would not agree with. On the other hand, they are claiming their hats original Montecristi hats, which they are not, most of them at least.

In order to protect the authenticity of the Montecristi brand, the Montecristi Foundation was founded. The non-profit organization is doing an amazing job to support the Montecristi community of hat wavers with many projects such as health care for the weavers, instructions, and training for the new artisans, and much more. But their biggest project is to give legal protection to “ Montecristi” hats. Let’s hope they will achieve it.

How to recognize an original Panama Straw Hats

As I was mentioning before, the quality of the toquilla straw hats (mind. Ecuadorian don’t call it Panama hat) can vary not only by the quality of the straw but also the weaving process and pattern. For example, if it’s tighter it is supposed to be of better quality.

There are also different weaving techniques that can affect the hat’s lightness, durability, flexibility, and breathability.

Unfortunately, there is not a standard grading system among the Panama hats companies. Therefore one seller’s grade 10 can be very different from another seller’s grade 10. So it’s difficult to compare.

The main factors that determine the quality of a hat are:

The best way to measure the fineness of a woven hat is to count the rows of weave per inch (or 2.5 centimeters), first horizontally then vertically. Read more about Panama hat grades here.

The finest Panama hats have over 2,000-4,000 weaves per square inch, which means that the artisan will take between four to eight months to make the hat. If you take into consideration the years of experience and the time involved in the creation, you can now understand why such special types of hats don’t come cheap.

A Panama hat’s style is determined by the shape and size of the brim and the crown.

The most common Panama hat styles are:

Fedora Panama hat – It’s the most popular style today but it’s started to gain popularity in the 40s when it was one of the main accessories used in the male protagonists of holliwood movies, but also worn by the celebrities in their real life.

Optimo Panama hat – The Optimo is the classic Panama hat style, called the Natural in Ecuador and more popular in the UK than the US for some reasons.

Plantation Panama hat – You might have seen it on Clark Gable in Gone with the wind. Remember? That one.

All these styles come in many different variations. For better understanding, you may want to read Bret Black’s descriptions. Besides being absolutely detailed and thorough, it’s a hilarious and entertaining read, especially the one about the Hemingway hat!

The costs of original Panama hats

I will just say this. The more it costs the higher quality is the hat, but only if you buy it in the right place. I am not here to tell you where to buy it because I am no expert in that, but if you are keen on spending a considerate amount for the finest Panama hat you must do your search and make sure you choose well. Go back to the section on how to recognize a finely made Panama hat, or check out this even more detailed description. Or you just take a trip to Ecuador and go to the source directly.

Disclaimer: the source for this article were mainly BrentBlack site and Wikipedia, UNESCO Video but also I have to give credit to Ultrafino and Chimuadventures. Please note that I don’t have any commercial or personal relationship with the above-mentioned companies.

Want to know more about Ecuador? 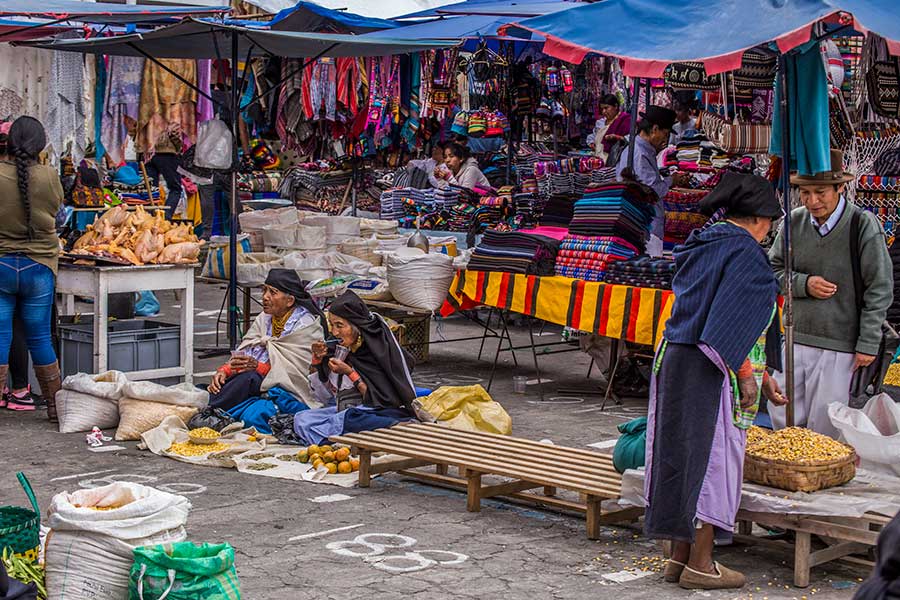 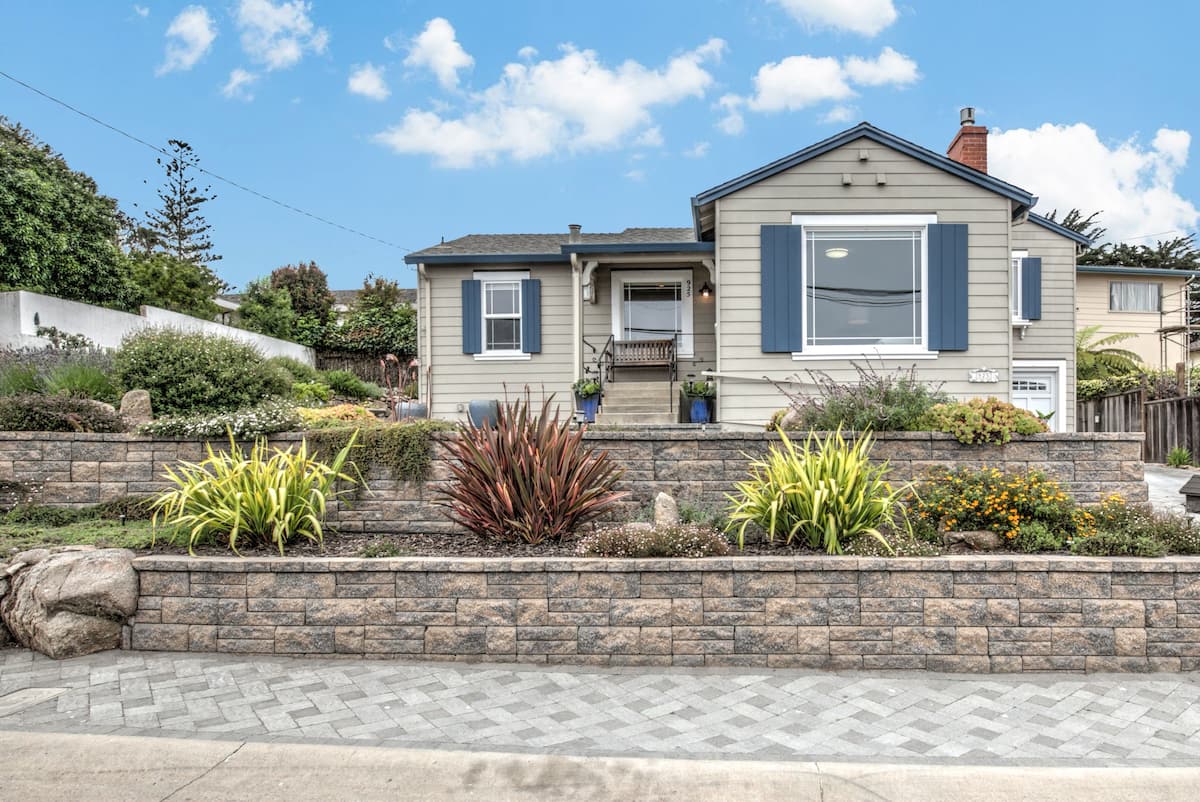