The 5 things you must do in Merida – the white city

Yucatan capital city, Merida is a colorful vibrant city, a symbol of colonial architecture and culture, and an unmissable stop if you are planning a Yucatan Itinerary.

There are so many things to do in Merida and from Merida that you could stay for months. Whether you are planning a road trip around Yucatan or are you visiting directly from Cancun I would suggest you stop for at least a couple of days to enjoy Merida to the fullest.

The city is very safe to walk around, and whether you are traveling with your kids or on your own, you will enjoy every corner.

Why was it called the white city?  I’ll tell you in a bit.

A brief history of Merida

Merida was founded in 1542 by Francisco de Montejo junior (or handsome) on the remaining of the ancient Mayan city, called T’hó, which means 5 in the Mayan language.  In fact, when he arrived he found 5 Mayan temples surrounding a huge plaza and resembling the Roman ruins of the city of Merida in Extremadura, Spain, and therefore he adopted the same name. Merida of Yucatan.

The white stones of the old city have been used to build the new one and you will find some bas-relief mounted into the walls of the new Catholic churches and several other buildings.

You will see the remaining of the old wall that surrounded the city, built by the criollos to protect themselves from the sporadic revolts from the indigenous Mayans.

In recent times Merida had a huge expansion beyond that wall and you can see the difference in architecture from old colonial style and its European influences and the modern buildings.

Things to see in Merida

Walk around the grand plaza

In the pre-hispanic era it was the center of the Mayan ceremonies, then of the traditional Spanish bullfights, from which the name Gran plaza and then called “Plaza de la Independencia”.

This is where I would start my visit to Merida.

If you are there during the weekend you will be able to appreciate the local folklore with traditional dance, music, and the so popular Yucatan street food.

Among the most important buildings is the home of Francisco de Montejo, the church, the municipal building with stunning murals, and the Museum of Contemporary art (MACAY), a spectacular example of colonial architecture right beside the church.

The tourist office, located in the municipal building (also worth a visit) organizes a free walking tour of the city, at 9.30 every day except Sunday. It only lasts 1 hour or a little more and experts’ local guides will give you an interesting overview of the history and will answer all your questions and curiosities, available in English as well.

The tour is totally free, therefore a small tip is appreciated. (I would suggest from 50 to 100 pesos will be good).

The plaza is the most vibrant point of the city where everybody, tourists and locals alike gather all day, but especially in the night when the heat is not so strong and you can watch the folkloristic shows organized by the Institute of culture to celebrate the Yucatan heritage and show it to the visitors.

On Sundays, the roads are closed to traffic and the plaza becomes a colorful feast, where young and elderly performers get together and celebrate the day with dances and local music and any kinds of local food are displayed in colorful banquets.

Around the plaza, you will see different interesting buildings, open to the public, and definitely worth a visit as they are all part of the history of the city and the region.

Starting from The Ayuntamiento, previously a one-floor building which served as a slaughterhouse and from 1736 became the palace of “Ayuntamiento” and the second floor was built. You can also have a beautiful view of all plaza and the cathedral. ( see top picture)

The stairs were made with limestones that contain fossils of shells, and on the first floor, you can see graffiti representing the first “mestizo”.

The guide will tell you an interesting story.

Looking at the cathedral on the right you will see the opulent entrance of Casa Montejo, which was the residence of the founder of the city and his family and was sold in 1978 to the national bank of Mexico becoming an art gallery.

Moving on towards the Cathedral you will find the Museum of modern art  MACAY – The interesting building has been constructed to become the archbishop’s palace upon the request of Fray Diego de Landa, at the time Archbishop of Yucatan. During the time the beautiful palace underwent different refurbishing and changes.

In 1824 was used as the University of secondary teachings and in 1867 it became College of San Idelfonso.

In 1916 the newly appointed governor Salvador Alvarado demanded the separation from the cathedral and from any religious relationship and had it transformed into a neoclassical building with military symbols and European influences.

He was a supporter of liberal ideas and promoter of arts and literature that was accessible to the entire community although he didn’t actually manage to accomplish his noble purpose and the place went through years of misuse and decadence.

Eventually, the INHA, National Institute of Anthropology and History, took the lead, and finally, with cooperation with private initiatives, it was transformed into a museum of modern art.

Each year, the MACAY Museum in Mérida mounts a new sculpture installation, featuring works from Mexico and one other chosen country. Each exhibit remains for ten months of the year.

The Cathedral of San Ildefonso is considered the oldest cathedral built in Latin America, with a simplistic style typical of the Franciscan order, its walls conserve part of the ancient Mayan stones from the original Mayan temples.

The Palacio de Gobierno ( Governor palace) an important piece of history as its wall is painted by local artist Fernando Pacheco whose art is mainly based on representing Mayan history.

If you continue to walk along Calle 60 right in front of the Cathedral, you will bump into other interesting historical buildings and little squares, just like the Parque de los hidalgo, the local name of what is officially called Parque Manuel Cepeda from one of the past republicans governors.

Here you will see a beautiful luxury boutique hotel, Mansion Merida, which was before the first club of the Yucatan aristocracy, another example of neoclassical architecture.

The restaurant of this hotel is particularly popular for selling “chile (spicy)” ice-cream something that doesn’t really surprise me as Mexican put “chile” in every kind of meal, even fruit, so why not on ice-cream?

Right after, just across the street, you will see the Jesuite Church –  El Jesus, also worth a visit, and, if you are passionate about art, at the corner is the Pinacoteca del Estado – Juan Gamboa Guzman.

Enjoy a walk in the elegant Paseo Montejo

If you continue on that road (Avenida 60 and turn right into Calle 49 you will end up straight at the beginning of Paseo Montejo – a boulevard built right after the booming henequen period, to mimic the Champs Elysees in Paris and flanked by trees and several opulent mansions owned by the wealthy Yucatan of the 19th century, some of them now turned into museums and art galleries or offices.

Some houses are on sale, in case you were thinking to move to the fancy and aristocratic  Merida. 🙂

But where all this French fever is coming from? And what provokes such sudden wealth and opulence?

The new rich sent their kids to study in Europe, especially France, and when they returned they brought back with them a new taste and ideas on architecture and style in general.

That’s where the French influence came from.

Also, the French tiles were bought in exchange for the “Palo de tinte” a plant used as a natural dye for fabrics that grows wild in the Yucatan peninsula.

Those same patrons wouldn’t live in the haciendas, which would be managed by somebody else, while they stayed in their opulent houses newly built in the new stylish Merida, living the life.

I would really suggest you should have a walk along the Paseo Montejo, visit the anthropology museum and maybe have dinner in one of the fancy restaurants or bars.

I also recommend one of the most beautiful boutique hotels in Merida right half way of the boulevard, Rosas y xocholate. That would be the perfect place for your luxury experience in the colonial Merida.  If you don’t want to stay there, it would be worth a visit and a lunch or dinner venue.

On Saturday night at the end of Paseo Montejo close to the city center, you will find a lot of stalls selling local art and food and playing music, from 8 pm. it’s a lovely traditional event.

You didn’t get to know a Mexican city if you haven’t visited the market, the heart, and the soul of a culture.

Lucas Galvez Market is the main one in Merida located just a few blocks from the main plaza, where you can shop for fresh fruit and vegetables but also just observe the local life going by. The market has anything you need, from clothing to barbershop, householding tools, handicrafts, and flowers, and of course, the “comedor” cannot be amiss.  That’s an area dedicated completely to street food, where you can find the local authentic Yucatecan food. If you are vegan or vegetarian, you might want to avoid that part as the local cuisine is mainly meat-based. Sorry 🙂

The market opens early in the morning before 7 and closes around 4 PM.

Oh did I say 5 things to see in Merida? obviously, there is more, much more. It depends on what you are looking for. Certainly, the listed above are the highlights.

Where to stay in Merida

Unfortunately, this time I didn’t have enough days to visit all the hotels as I am used to doing BUT I have a better idea, or at least, I would tell you what I would do. I would choose to stay in one of the beautiful haciendas scattered around Merida, some of them are really very close other at about an hour driving.

You can find them here

Otherwise, you can check out a wide variety of hotels on this link and you can select by your favorite parameters, be it price, zone, or service.

Places to visit around Merida

There is so much to see around Merida that one 2 week vacation is not really enough.

Ok, I think this is it for now, please let me know if you have any questions, I am happy to help you and organize your tour 🙂 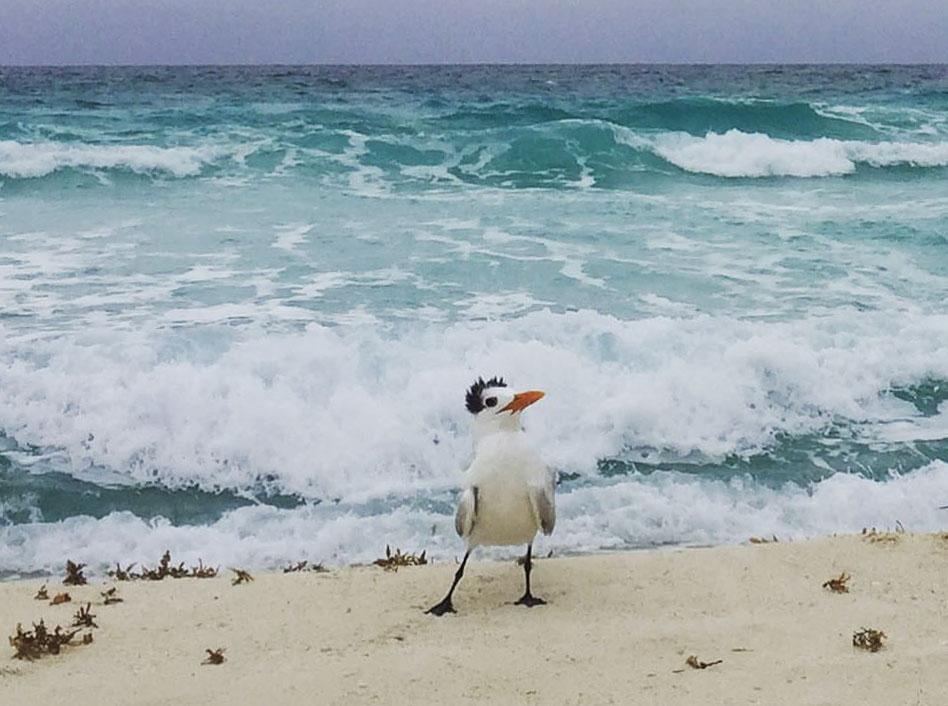