Guide To Cancun Weather in November

Everything you need to know about Cancun Weather in November

Just coming out from the Hurricane season, Cancun weather in November can be awesome and yet unpredictable.

There are still chances of rain but we are getting closer and closer to the dry season so the more we move towards the end of the month the less rain we shall expect.

Besides, it’s considered a low season, or technically called shoulder season, which means less people around, better attention in the hotel, cleaner beaches and more space in the restaurants and less crowd in general.

Keep reading to know everything about Cancun weather in November.

Cancun weather in November at a glance

Cancun weather in November – what to expect

Cancun weather in November is more unpredictable than usual because although November 1st officially marks the end of the hurricane season, there is still more chance to receive showers and wind at the beginning of the month especially.

It’s rare to find a full day of rain, they are normally passing showers so you can plan your tours and visits with no hesitation.

Also keep in mind that even if the forecast of the day are saying rain, there is the chance that’s only for a couple of hours. So just go out and have fun, maybe bring a raincoat with you.

Further reading: What to pack for Cancun

Temperatures in Cancun in November

Temperatures are getting lower but also humidity decreases, but it’s still warm enough for beach time. Although the average temperature is around 77ºF, most of the days it won’t go below 80º (26.6ºC).

So don’t forget your swim suite because you will need it.

Humidity and Rain in Cancun in November

The humidity level will be similar to any other time of the year ranging from 75% to 86% depending on the time of the day and whether it rained or not. So leave your hair straightener at home cause it will be useless here

Traveling to Cancun in November

November is an amazing time to visit Cancun, for two main reasons:

Events in Cancun in November

Day of the Dead

In the entire state of Quintana Roo, it is called Hanal Pixan and it’s one of the most important traditions of the Mayan culture that celebrates the dead that comes back to earth to pay a visit to their families.

That’s why you will see offers such as grains or even tequila laid out on altars decorated with colorful hand made objects and symbols of the Mayan culture.

People gather to celebrate their missed beloved with songs and prayers, toasts and games.

Although the majority of hotels or bars organize some sort of celebrations for the occasion if you wish to see something more authentic you can get to Parque de las Palapas in Cancun where local gather.

Mayakoba Golf Classic bring some of the greatest PGA Golf Players to the Riviera Maya.

It’s normally an event that takes place at the beginnig of November but the 2020 edition has ben pushed to the end of November and the beginning of December due to the COVID restruction.

Players and their families can enjoy not a week of entertainment besides the golf tournament in the spectacular Mayakoba Golf Course, created by the legendary and world-renowned Australian golfer Greg Norman.

Is it a good time to go to Cancun in November?

It is a very good time to go to Cancun in November indeed. For the following reasons:

Is it rainy in Cancun in November?

Is it hot in Cancun in November?

Is it hurricane season in Cancun November?

Liked it? Save it for later 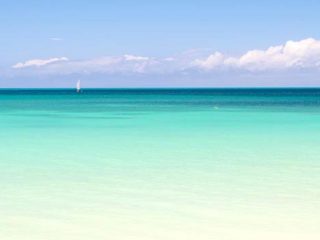 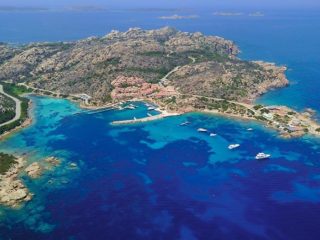